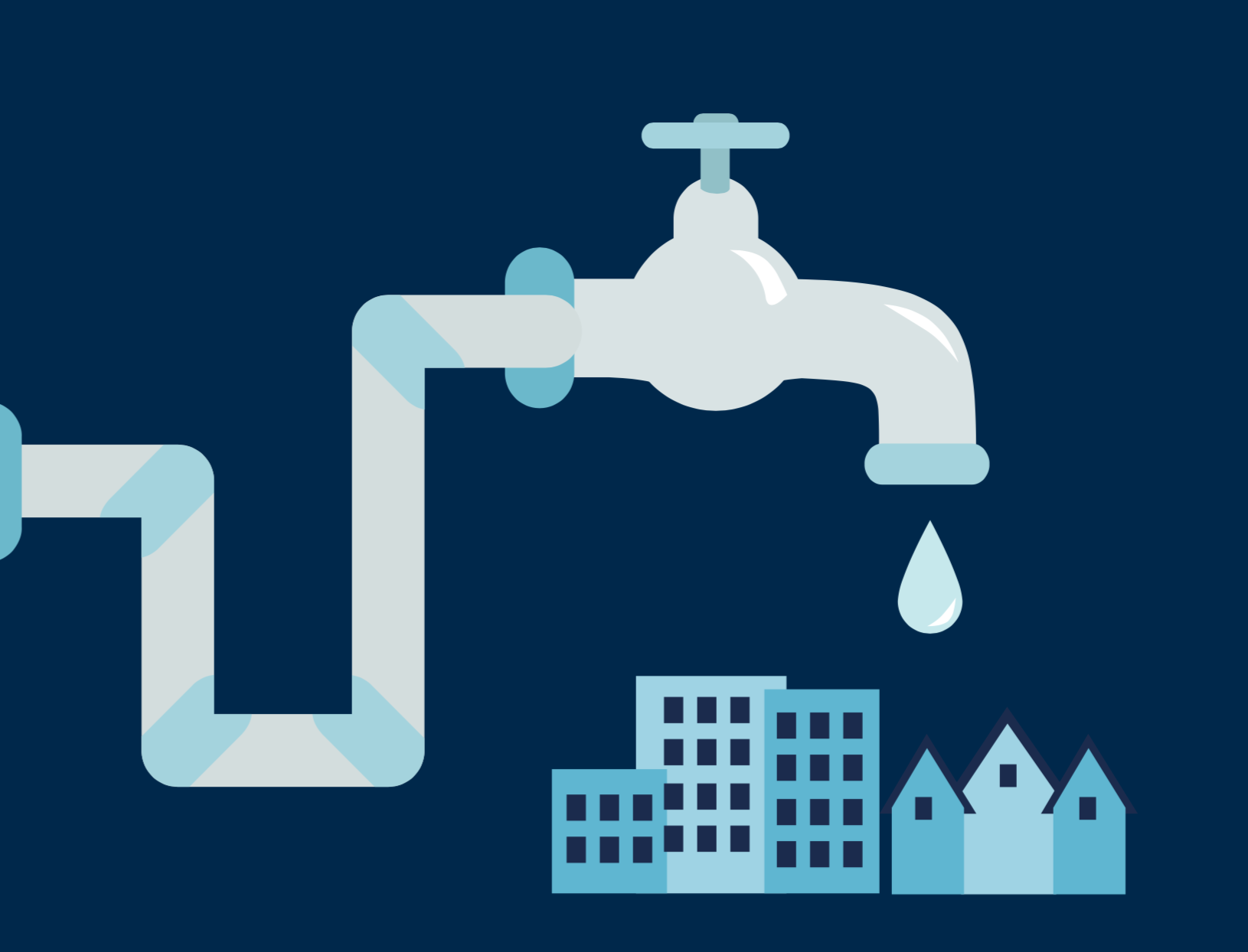 Concurrent failures of federal drinking water standards and Michigan's emergency manager law reinforced and magnified each other, leading to the Flint water crisis, according to a University of

Michigan ecological policy expert. Flint's experience provides lessons during the COVID-19 pandemic, which has worsened regional monetary difficulties while highlighting the significance of access to clean, safe drinking water, stated U-M's Sara Hughes, an assistant teacher at the School for Environment and Sustainability.

“As we wrestle to fight the coronavirus, we must bear in mind that structure healthy neighborhoods starts with a restored dedication to investing in 21st-century drinking water supply and supporting cities as they navigate systemic monetary difficulties,” Hughes stated. “Learning from the Flint water crisis requires neutralizing and confronting the marginalizing impacts of facilities underinvestment and urban austerity measures.”

The Flint water crisis arised from simultaneous failures of the federal Safe Drinking Water Act and Michigan's Local Financial Stability and Choice Act, Hughes composes in a short article published July 13 in the journal Perspectives on Politics. Also referred to as Public Act 436, the Michigan law positions cities considered by the state to be experiencing financial distress under the control of a state-appointed emergency situation manager.

Both policies justify intricate issues– safe drinking water and municipal financial distress– by offering simply technical solutions, and the weak points of each reinforced and amplified the harmful effects of the other for the homeowners of Flint, according to Hughes.

For almost 18 months, from April 2014 to October 2015, the city of Flint delivered improperly dealt with Flint River water to locals, exposing thousands to raised lead levels and other pollutants. Poor children and households were particularly impacted.

At both the state and federal levels, the primary reaction to the Flint water crisis has actually been to enhance drinking water safety standards and keeping track of practices, Hughes stated. But offering safe drinking water to city residents is only partly a technical issue.

Much less attention has actually been paid to financing and supporting city governments in manner ins which guarantee their capacity to develop and preserve facilities, provide reputable services, and sustain significant discussion and engagement with their homeowners, according to Hughes.

Failure to attend to these longstanding issues will complicate efforts to recover from the coronavirus pandemic, particularly in hard-hit locations like Southeast Michigan, which has the state's highest concentration of COVID-19 cases.

“If addressed, these policy failures would reduce versus the disproportionate and unequal patterns emerging in the coronavirus break out,” Hughes said. “But missing change, bad and minority cities stay susceptible to the marginalizing impacts of these numerous and strengthening rationalized policy domains.”

By a justified policy Hughes suggests one that is presented as simply technical in nature and politically neutral. Techno-rational methods to policy hold out the guarantee of more effective, impartial decision-making, but they often cloak choices and top priorities in the language of rationality and science while failing to think about the general public's choices, according to Hughes.

Justified policy methods were at the heart of the Flint water crisis, including both the federal drinking water act and the state emergency situation manager law.

Flint first came under emergency situation management in 2011 through the law that preceded Public Act 436, then in 2012 through the provisions of PA 436, which was developed and promoted by previous Michigan Gov. Rick Snyder. Flint's state-appointed emergency supervisors made or required decisions about the city's water materials and treatment procedures that were ostensibly made with the objective of cutting expenses.

The law needs that regional water utilities keep an eye on and check their water materials and report their outcomes to the state government, which in turn reports all information to the U.S. Environmental Protection Agency. The EPA is ultimately accountable for making sure compliance.

When Flint changed its drinking water source to the Flint River in April 2014, the state ecological quality department stopped working to need the city to deal with the water for rust, as would be necessary to meet federal Safe Drinking Water Act (SDWA) standards.

Federal requirements for lead in drinking water are 15 parts per billion. Lead levels of up to 1,000 ppb were found in Flint houses throughout the water crisis, yet enforcement actions were not set off.

“The fact that such systemic and extended noncompliance, and clear evidence of a threat to public health, failed to set off regulatory action by EPA brings into question the adequacy of public securities embedded in the SDWA and LCR,” Hughes stated.

In similar way that Michigan's emergency manager law represents a justified technique to community financial distress, the federal Lead and Copper Rule is a rationalized method to safeguarding human health, according to Hughes.

“The provisions and requirements in the LCR develop a policy environment that helps with decision-making that is reactionary, focuses on cost-effectiveness, leaves out the general public and tolerates danger,” she said. The LCR has no enforceable health-based requirement “and does not secure any specific or household from direct exposure to elevated lead levels.”

In 2018, the state of Michigan passed its own set of stricter standards for lead, moving to a lower 12 ppb requirement and needing that communities replace 5% of lead service lines each year. At the nationwide level, the EPA has actually sent proposed modifications to the LCR to the Office of Management and Budget, but they have yet to work.

Seriously, the policy modifications arising from the Flint water crisis have not reached a reevaluation of how community financial distress is attended to and prevented, according to Hughes. Michigan's emergency manager law stays unchanged. Poor, minority U.S. neighborhoods consistently get lower-quality drinking water, and lead contamination cases fit a pattern of low-income, unequal and mostly black cities, according to Hughes.

The research study is based upon interviews with local activists, decision-makers, researchers, reporters and scholars operating in or with the city of Flint, along with a review of reports, testament, newspaper articles and secondary demographic and financial data.