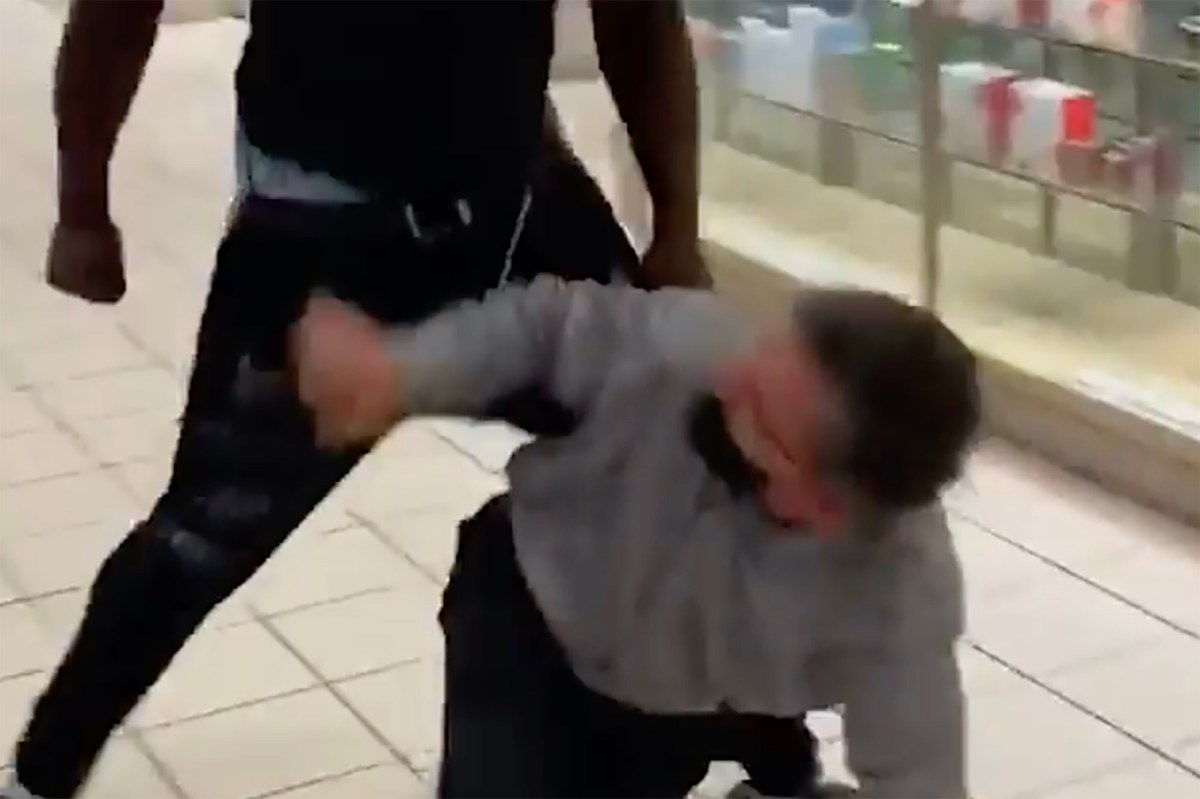 Police in Flint, Michigan, are examining a viral video on social media of a black male pummeling a white consumer after he allegedly used the N-word, according to a report. The occurrence, posted on Twitter, Facebook, and YouTube, shows an unidentified white male

using a mask and speaking on a mobile phone inside a Macy's department store at the Genesee Valley Center shopping mall when a black man approaches him and punches him. The white man, who is knocked to the ground by the punch, turns and asks,”what are you doing that for

?”” I didn't touch you … I'm sorry,” he said, as he attempts to crawl away however is instead

punched 2 more times. Flint Township Police Lt. Brad Wangler said Thursday that the department is now included, mlive.com reported Thursday.”Yes, we are investigating and at this moment no one remains in custody,”Wangler told the outlet. A spokeswoman for Macy's said

the shop has actually now included security officers in the wake of the incident.Source: nypost.com